Actively involved in developing nonprofit legacy projects to serve the Tampa Bay community and the state of Florida, he is also part of several startup businesses, product relaunches, and real estate developments.

Coldwell Banker has been guiding people home for over 114 years.

Let Duff’s local knowledge, insight, and dedication guide you to your dream home. 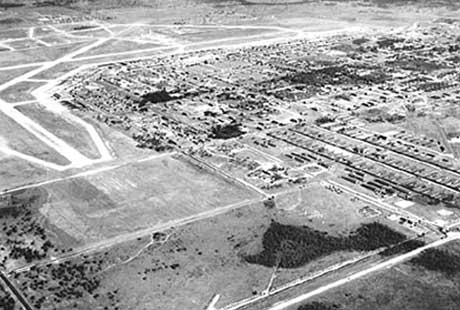 As a 4th Generation resident living in Pinellas and Hillsborough Counties, Duff has an appreciation, enormous pride, and local knowledge of the Tampa Bay area.

Today, many of the properties are still original and operate in similar capacities. 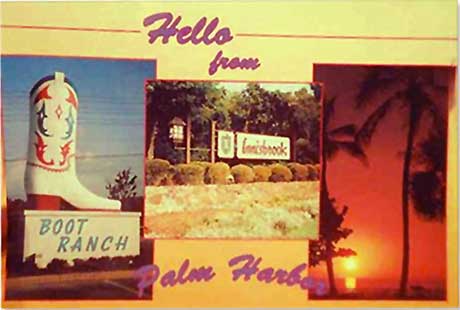 Born just outside of Detroit and raised in Troy and Rochester Hills, MI, he and his family relocated to Palm Harbor, FL in the early eighties to avoid the cold northern winters and to be closer to friends and family throughout Florida.

Duff grew up in old Palm Harbor when the roads were dirt and a trip to Tampa took twenty-five minutes. He and his friends would often hop the fence on Bee Pond Road to sneak into Innisbrook to play golf and explore the surrounding area on their bmx bikes.

Back then Innisbrook was seasonal and a literal ghost town in the summer. There were no single-family housing options and year round residents like there is today.

Duff distinctly remembers the smell of salt from the gulf and the orange blossoms in the spring.

Duff is a trusted advisor. Along with his father Art, they market and sell residential, commercial, land, and investment properties and projects to individuals, investors, and pension funds.

A storyteller, problem solver, and solution provider, he uses quick-wit, authenticity, and enthusiasm to connect, engage, and deliver results.

Honoring that legacy, he has always been of service aligning himself with organizations, partners, and vendors who round out and complement his offerings, causes, and mission.

Throughout his career, Duff has helped and advised household names, big-name brands, and start-up charitable groups to socialize and communicate their vision, mission, and philanthropic causes.

Some of the brands include Apple, Nike, FedEx, GoPro, Coca-Cola, IBM, and Adobe.

At Jabil, a $25 billion global manufacturing and logistics provider based in St. Petersburg, FL, Duff co-lead building the internal and external content and technology strategies for the 200k+ employee company located in 26 countries with messaging in over 16 languages.

Jabil runs $100 million worth of products through its global supply chain everyday. Over 70% of products used daily by people throughout the world are either designed, sourced, manufactured, or shipped by Jabil.

Duff established an online presence for the organization that was unknown from a brand, vision, solutions, investor relations, and community development perspective.

While at Jabil in 2011, Duff was part of the development team that helped to launch the Tampa Bay Lightning Community Heros Program.

On behalf of the Jabil Global Communications and Investor Relations Department, Jabil partnered with the Tampa Bay Lightning, Lightning Foundation, and the Vinik Family Foundation to launch the program.

As of 2020, there have been over 400 Community Heroes honored with an award total over $20 million, impacting over 750 nonprofit organizations.

Duff grew up a Detroit Red Wings fan but loves to be a part of the thunder as a Lightning fan and partner.

Before Nielsen was online, the company was strictly known as a print publication business mailing out weekly, monthly, and quarterly television ratings reports and directories.

Conversely for over 7 years, while at Nielsen, Duff assisted The Sembler Company, a St. Petersburg, FL based 50+ year family-owned and operated retail development, leasing, and property management company.

He created lead magnet and marketing micro-sites to help Sembler expand operations and development sites throughout Florida and the Southeast.

Duff was an extension of the marketing department and helped establish online messaging for The Sembler Company. 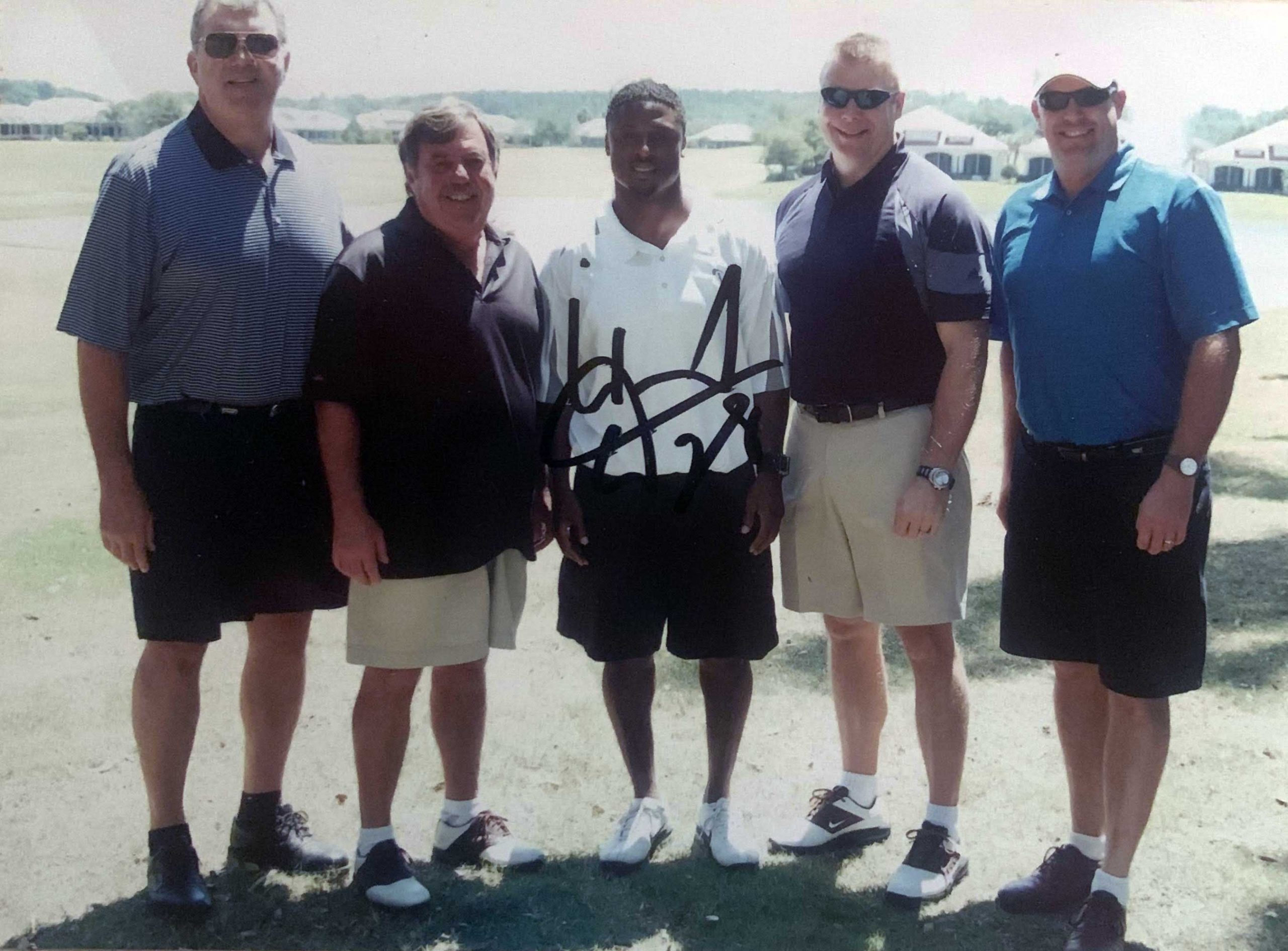 Duff with partners at the Warrick Dunn Charities Golf Tournament in Tampa, FL. 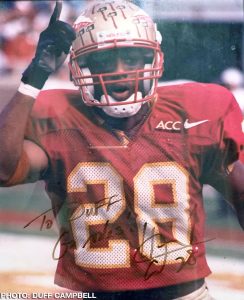 In 2002, Duff helped to build the first generation website, fundraising platform, and online presence for the Homes for the Holidays (HFTH) program on behalf of the Warrick Dunn Foundation, now known as Warrick Dunn Charities.

The foundation started from humble beginnings as it was initially self funded. During the start up phase, Duff and fellow advisors introduced donors and business partners that provided offset funding to accelerate Warrick’s mission and increase his gifting frequency.

Warrick Dunn created the foundation to honor his late mother’s dream of homeownership.

Today, Warrick Dunn Charities not only gifts homes to recipients, but will now be building affordable housing neighborhoods throughout Atlanta, GA.

It is truly amazing, but not surprising knowing Warrick’s character, drive and mission.

Duff was meaningfully impacted by Warrick’s story before he arrived at Florida State University in 1993.

In 1999 in Irvine, CA, Duff was part of the web development team that launched the first version of Entrepreneur.com.

Leading a vibrant and eager team of 10 junior producers, the group mapped content and consolidated 5 websites into one central repository. The team helped rebrand to Entrepreneur.com and retire the domain EntrepreneurMag.com.

The development team helped to create a dynamic user interfaces highlighting stories and events of start-up organizations and the entrepreneurial leaders that helped lead and guide them. 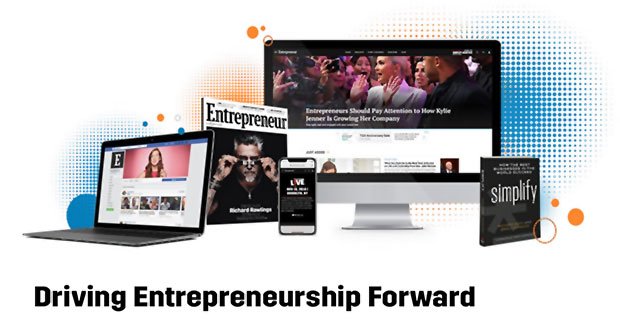 Duff is an entrepreneur at heart, helping many start-ups over the years with ideation, service offerings, product launches, marketing, and web development.

Photo of the infamous “Hollywood Sign Caper” pulled off by Duff’s fraternity brothers at UCLA in 1993.

Duff got his start in the entertainment and nonprofit space at Universal, Amblin Entertainment, and the Survivors of the Shoah Visual History Foundation, now known as the USC Shoah Foundation.

It was an exciting summer as things were changing within the entertainment industry. Many entertainment alliances and companies were formed.

Duff obtained a coveted internship with Universal (formally MCA/Universal). Most interns were from local colleges or west coast universities. He was one of a few interns who came from the east coast and the only summer intern from Florida.

Over several weekends, Duff made extra money by helping to set up the temporary production offices for the company, DreamWorks, when it was just starting up.

From 1995-2000, Duff assisted the award-winning cinematographer, Yuval Shousterman on 300+ holocaust survivor testimonials for the Survivors of the Shoah Visual History Foundation.

Duff and Yuval teamed up with writer, director and producer, Laurent Bouzereau, in the Summer of 1995 on the cinematography and production design for the 20th Anniversary of the Making of Jaws. It was unbelievable, once-in-a-life-time experience meeting and working with the producers, director, writers, actors and crew to document and recall what became the first Summer Blockbuster in 1975.

Historically, Summer movie releases were after thoughts for the studios that produced them. Universal, Steven Spielberg and the Jaws cast and crew proved Hollywood wrong as domestic audiences flooded theaters to see Jaws. To date, Jaws has grossed over $940mm world-wide.

Jaws celebrated its 45th-anniversary release in July 2020. The interview footage from the summer of 1995 is still being used today.

Like many, Duff has had his ups and downs. It is his no-quit spirit and countless achievements that make the movement much more magical.

Duff’s daughter and fellow Teen Ambassadors at the 2019 SpeakUp5K event held at the Glazer Children’s Museum in Tampa, FL.

Over the past 4 years, Duff and his family have volunteered with Cameron K. Gallagher Foundation, a Richmond, Virginia-based 501c3 nonprofit organization. The CKG Foundation cultivates awareness and understanding of teenage depression and anxiety to fulfill Cameron’s dream and legacy by being a positive force within local communities.

The CKG Foundation hosts the annual SpeakUp5K, a gathering of communities, families, and people who come together to “Speak Up” for those who are suffering and battling depression and anxiety.

But most importantly to carry on Cameron’s message of “Let’s Finish This” after her tragic collapse and death of undiagnosed heart condition at the finish line of the Shamrock Half Marathon on March 16, 2014.

As the father of a daughter, Duff was impacted by the story.

A creative consultant and ghost writer on multiple productions, he has implored micro financing to offset production costs along with introducing funding partners for larger projects.

Can You Catch Me When My Race Has Run?

In life, we all experience tough moments and find the drive to overcome obstacles and challenges. Somewhere along the way, we realize our story is still being written and is never over as we all strive to cross the finish line and complete the race.

Dads are People Too 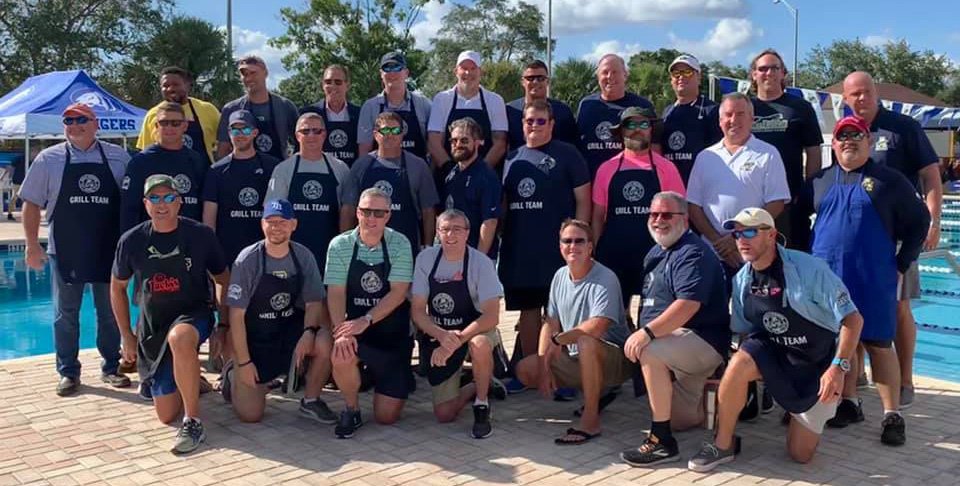 The AHN Dads Club loves getting together to grill and chill for good causes, while supporting scholarship fundraising efforts and events in benefit to the school.

Duff supports the Tampa Bay community, fundraising events, and charitable foundations on behalf of the Academy of the Holy Names and Jesuit High School Dads Clubs.

Just a Dad Supporting His Kids

Duff loves living in the Tampa Bay area and being close to family and long time friends. He is an avid, life long golfer, Florida State Seminoles fan and has an appreciation for memorabilia, legacy projects and the arts.

He is an automotive and watercraft enthusiast. He loves road trips throughout Florida and being on the water on Lake Tarpon and the Gulf of Mexico. 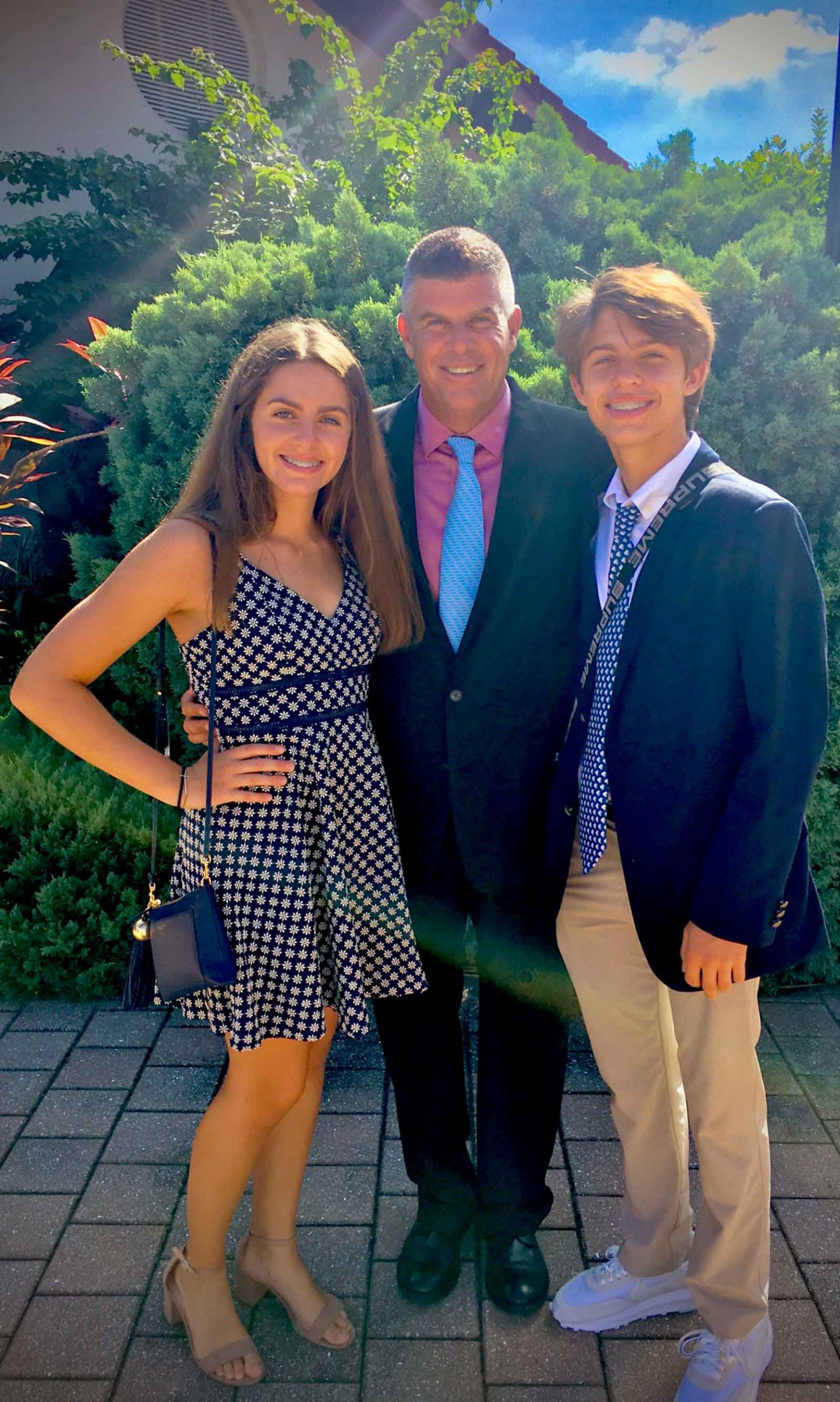 Most of all, Duff loves being a dad to his two teenagers. He shows up for them, is active in their lives and never misses out in being involved with their schools and athletic pursuits.

Together they share their love for the game of golf. Both of his kids are competitive golfers on their high school golf teams.

Duff is a loyal and trustworthy friend. He can count on a network of friends all over the world. He cherishes the events, memories made and looks forward to ones to come.

Who you Work with Means Everything

Duff is authentic, conducts a compassionate business, and has learned from great leaders, advisors, and mentors to always do what is right for all.

He strives to deliver the best experience earning trust and building relationships necessary to navigate a competitive global market. 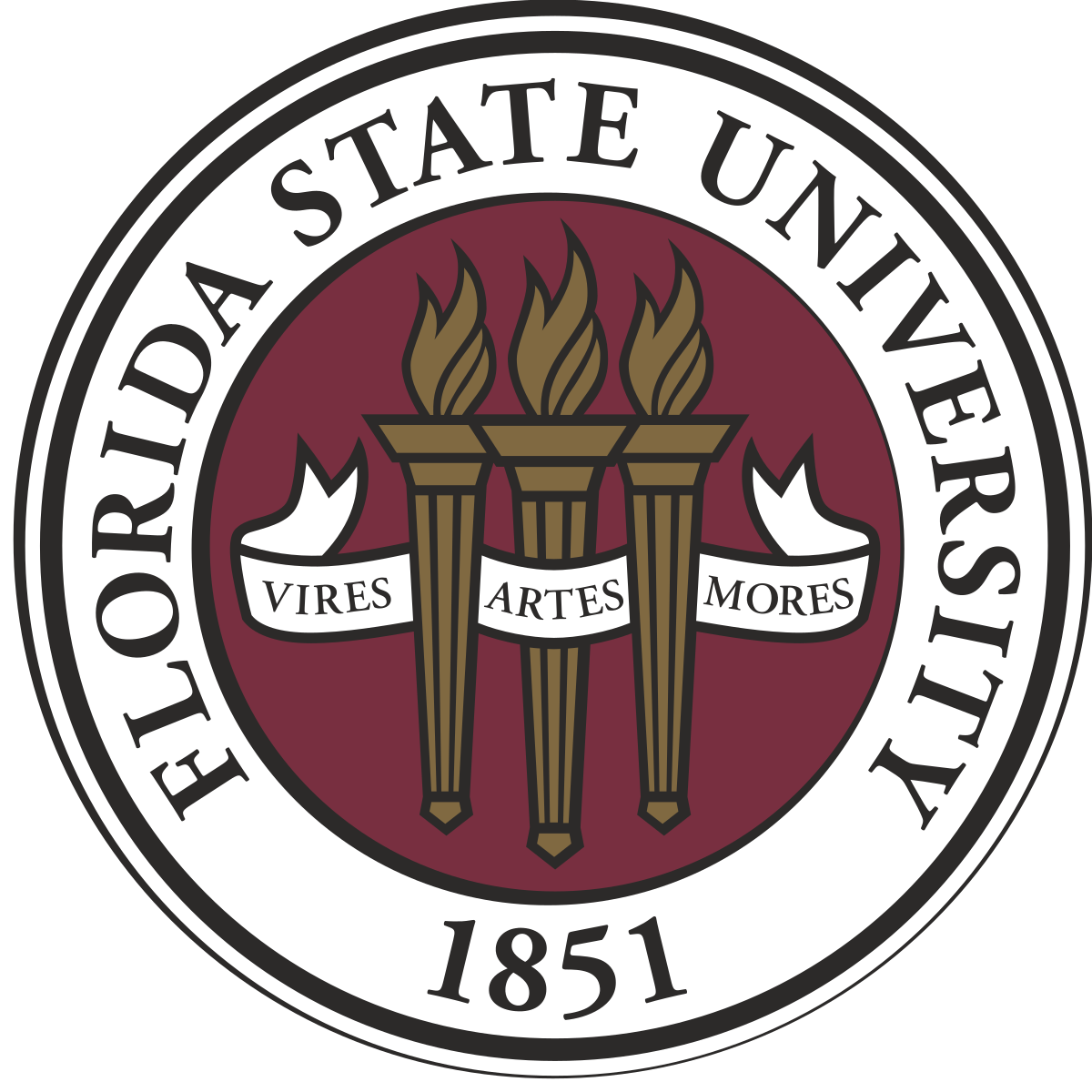 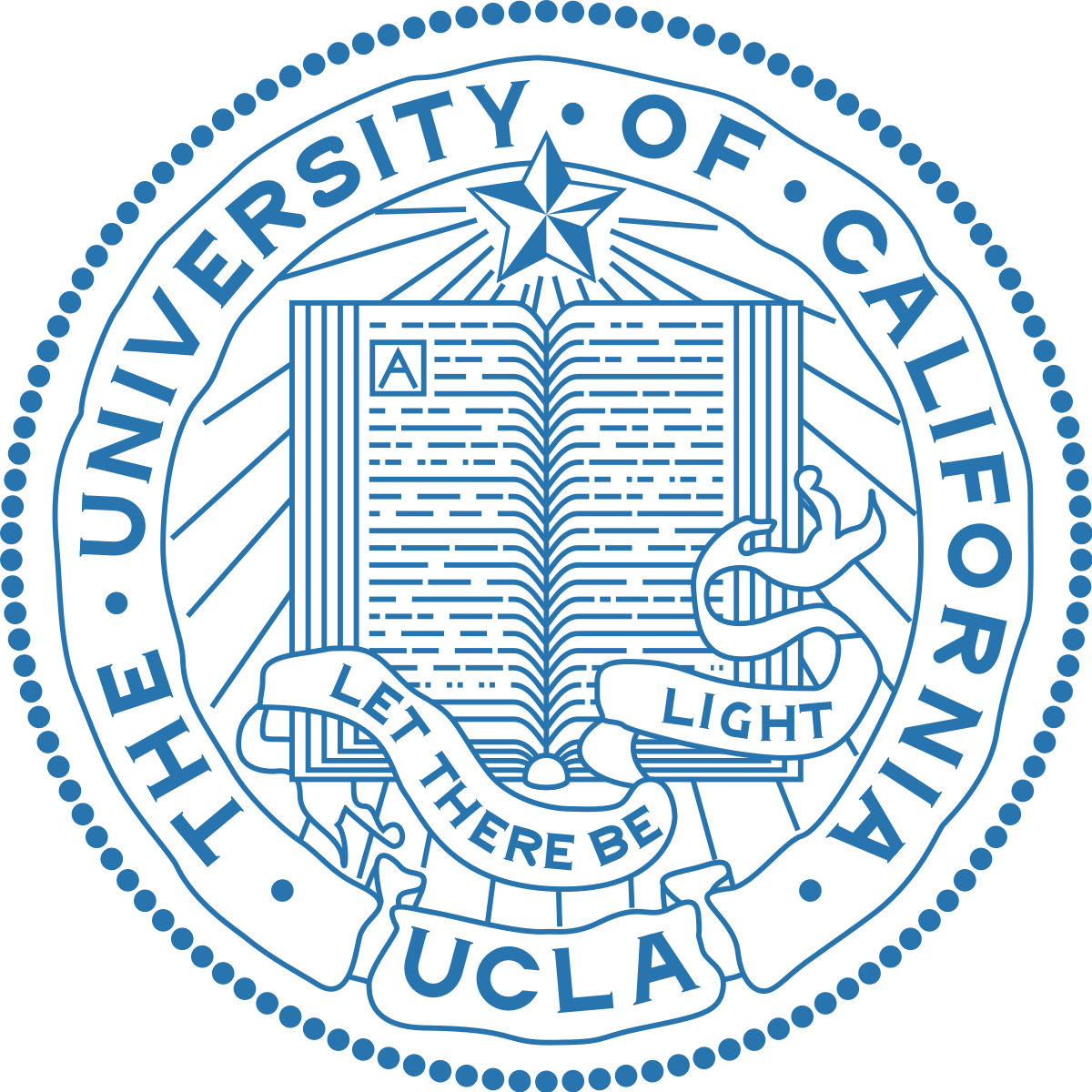 “Duff was a very professional, polished candidate and I really enjoyed the time I was able to spend with him. I appreciate his passion for all things marketing and his experience checked a lot of the boxes we were looking for. In the end, we selected a candidate with a bit less experience at a lower price point, but I think Duff is worth what he’s asking and I have no doubt many companies will be jumping at the chance to work with him.” 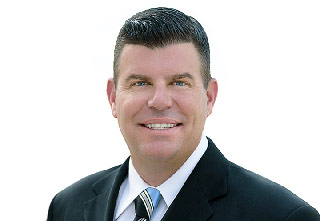