What Will a Winter with Fewer Canadians Mean for Tampa Bay? 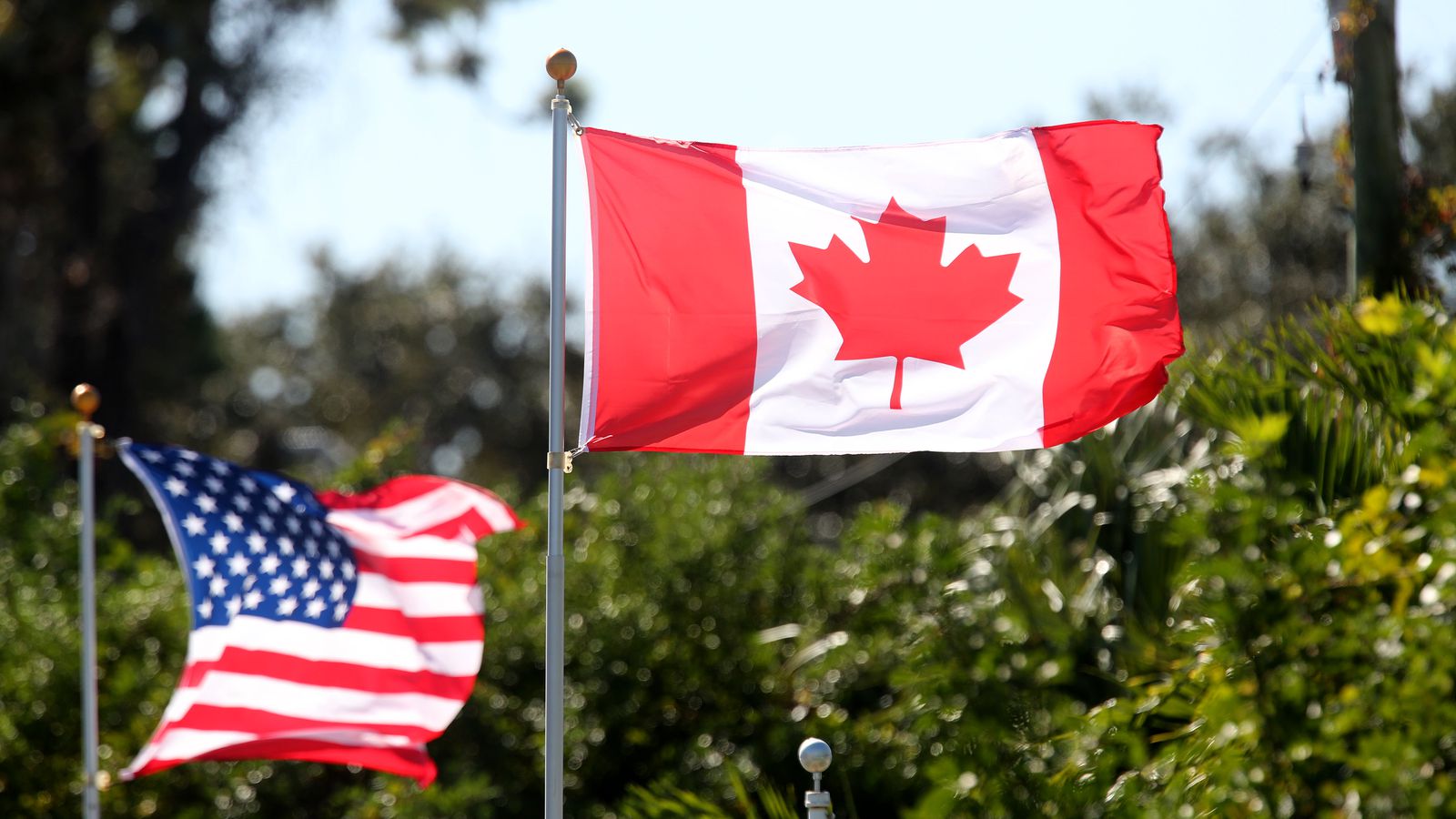 Sure, traffic might not be as bad. But Florida’s already struggling tourism economy usually feeds off our neighbors to the north.

By Sara DiNatale
Published Republished from the Tampa Bay Times

This could be the first winter in 35 years Vicki Borenstein spends in Canada.

She had to buy new boots. A new coat. Ice cleats, so she doesn’t slip while walking her spunky Irish Jack Russell terrier. His name is Charlie, and he’s never seen snow.

Even before she retired, Borenstein was living the snowbird life. As a real estate agent, it was easy to hop a plane to Miami to escape the bitter Ontario cold. In recent years, Borenstein has happily left behind her high-rise Toronto condo for six months at a picturesque home in Gulfport that’s four blocks from the beach.

“I would love to feel comfortable enough to travel,” said Borenstein, 67. “I’d like to have my nice backyard to relax in rather than a snow bank.”

As COVID-19 cases spike in North America, Canada is keeping its borders closed to nonessential vehicle travel. Canadians can still fly into the United States, but most are opting to stay home to keep safe from the virus.

A drop in Canadian visitors means less bridge traffic this winter, but it also will take a toll on Tampa Bay’s already pandemic-stricken tourism economy. Just how much of a financial hit it could cause is unclear: Local officials admit they don’t have a great grasp on how much money snowbirds usually spend, or even how many part-time Canadian residents flock to Tampa Bay.

The Canadian Snowbird Association says half a million Canadians descend on Florida as snowbirds in a normal year. The group estimates 3.5 million Canadians, including non-snowbirds, visit Florida per year.

“The impact will definitely be significant,” said Evan Rachkovsky, the director of research at the association, which is based in Toronto. “The fact is that Canada is the No. 1 international tourist market. Canadian tourists spend $6.5 billion in the state every year.”

The Canadian government restricted non-essential travel across its border by land in March. Canada has extended the border closures until Dec. 21.

Air Canada resumed flights to Tampa in October. But Canadian snowbirds typically prefer driving, so they can have their vehicles with them for their several-months stay. Flying also would mean a mandatory two-week quarantine when they return to Canada.

Many, like Borenstein, have pets that are too big to fly in-cabin. They’d still need a car and renting one would add up fast. Then there is the cost of international health insurance.

Many insurance providers have exceptions to their policies. They put caps on hospital stays if you contract COVID-19, for instance, and reduce coverage if you travel during a health advisory. (There is currently a health advisory in Canada about traveling to the U.S.)

Rachkovsky said his association works with one insurance group that isn’t using hospital stay coverage limits. Travelers still have to get approved for the new coverage, and there’s no guarantee it will happen.

Cairns lives in a cottage on a lake in Gravenhurst, Ontario. She rents homes when she visits Indian Rocks Beach, where she went to high school before moving back to her native Canada to raise her family. She has been tempted a few times to book a rental she sees advertised online but always stops herself. She doesn’t feel right flying.

“I wish I was there, but I don’t feel safe yet,” Cairns said. “If the borders were open, I’d consider driving. But even then, I wouldn’t stop at places. I think I’d sleep in my car.”

The 60-year-old isn’t retired yet, so she’s not sure she can classify herself as a “real” snowbird. She had hoped after years of renting to soon buy property in Indian Rocks. She still looks at real estate listings, but she can’t imagine buying right now. Once she retires from working in local government, her dream is to do six months in Canada and six months in Indian Rocks.

Rachkovsky, with the snowbird association, generally classifies snowbirds as anyone 55 or older who travels southbound for the winter for 31 days or more. That would loosely include someone like Cairns. But the fact that it’s difficult to discern part-time residents from tourists makes it hard to gauge just how much a drop-off in snowbirds will affect the local economy.

The Bureau of Economic and Business Research at the University of Florida created snowbird estimates for the Southwest Florida Water Management District, which serves the Tampa Bay region. The bureau estimated that up to 77,000 seasonal residents come to Pinellas County, based on pre-pandemic numbers. An additional 33,000 are estimated to visit Hillsborough, and 17,000 travel to Pasco and Hernando counties.

But the bureau’s research — which used census data, hospital admissions data and estimates of permanent residents — doesn’t discern how many of those seasonal residents are from Canada.

Visit St. Pete/Clearwater, Pinellas County’s tourism bureau, regularly surveys visitors. While the surveyors ask for country of origin, they had never asked if an individual considered themselves a snowbird or part-time resident versus just a regular visitor from Canada.

Steve Hayes, the CEO of the bureau, says it can be difficult to track the snowbird data because they can fit into so many categories. There are those who have seasonal homes in Pasco and Hernando counties, but make regular day trips to the beaches. Some are in recreational vehicles and traveling around the state staying in different counties every few weeks.

Regardless of how they’re classified, there’s no doubt Canadian spending will be missed.

The Midway Am-Can Homeowners Inc. mobile home park in Largo is usually filling back up this time of year. But the shuffleboard courts are empty instead of bustling.

Of the 107 units at the park, only 30 are owned by full-time Tampa Bay residents, according to resident Bobby Nolder, 65. The remaining units are owned by seasonal residents, three quarters of which Nolder estimates are Canadian.

Between the closed border and insurance complications, many of the snowbirds that Nolder knows are not coming down this year. Others are delaying plans.

“It keeps our traffic down,” he said with a laugh.

Down the street from the mobile home park, Frida Alipour — the owner of Frida’s Cafe and Bakery — is noticing fewer of her seasonal customers. A group of 10 snowbirds from Canada that live at the park were in the habit of stopping by, taking up tables on the patio.

So far, Alipour has only seen one retired couple from her usual flood of seasonal customers. The pandemic already has taken a toll on her business. With fewer big groups gathering for the holidays because of the pandemic, Frida’s has been getting fewer orders — at a time of the year when her sales usually peak.

“We’re basically counting on our core group of locals, people already in the area,” Alipour said. “I don’t have any high expectations, (we’re good) as long as we can stay afloat and nobody gets sick.”

Borenstein would regularly be spending money at the shops of downtown Gulfport. She’d be at jazz concerts. She has friends whose grandkids fly in from Canada to stay with them, then take trips to Busch Gardens or Disney.

“When we are living there, we are residing like any other resident,” she said. “You get your nails done, you do retail things aside from tourist things. You frequent the restaurants, the movies, malls.”

Hayes said the tourism bureau has adjusted its surveys to ask if visitors are part-time residents. It’s also hoping to work with the Pinellas property appraiser’s office to get a better grasp on just how many homes in the county are owned by part-time residents.

Most of the snowbirds from other parts of the country, like New York or Wisconsin, still are likely to come to the area, Hayes said. They’d rather isolate where it’s warm and they can do activities outside, he said. He’s optimistic the county will still get some of the boost that comes during peak snowbird season.

Richard Doty, the researcher with the UF bureau that came up with the Tampa Bay seasonal resident estimates, said it’s still unclear how much the pandemic has affected snowbirds. Some indicators — such as electricity and water usage — show that more domestic travelers may have come into the area during the pandemic than researchers expected.

Borenstein said she and other Canadians are watching the U.S. closely. They miss the sun and the sand, but they’re turned off by the politics around the disease and inconsistent mask use.

“The politicization of COVID is mind-boggling to a Canadian,” Borenstein said. “It shouldn’t make a difference what party you’re behind if you wear a mask or not. It’s unbelievable to us.”

Borenstein, Cairns and six other Canadians who spoke to the Tampa Bay Times all said they’ve decided they will not be traveling in 2020. Most left Florida in a rush in March, just before the borders shut down.

They’re still hopeful they will be able to return in February: if the borders reopen, if cases go down, if effective vaccines are widely distributed and if the inauguration goes smoothly.

But with coronavirus cases climbing and other states moving toward lockdowns, their optimism is waning.

Ready to Buy, Sell, or Invest?

“Duff is a passionate, authentic and collaborative digital marketer. Duff helped lead and build the digital, content and technology strategies for Jabil working across many touch-points throughout the organization, while establishing an online presence for the company which had a very small digital representation before his tenure.”